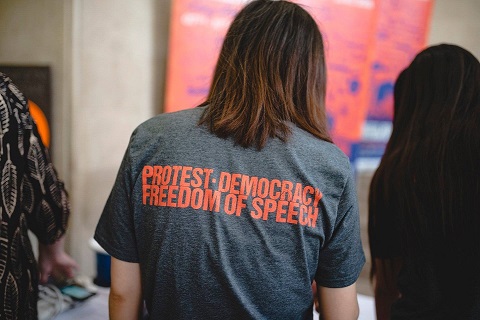 Our Lizzie keeps working so hard but I can tell she’s downcast. It’s getting to her, all this struggling to help people see how different things could be, to have a bigger vision, to allow for the possibility to see that things don’t have to be as they have always been. I don’t know that they ever will.
I mean, of course it’s in the interests of the powerful to keep systems the same… otherwise they wouldn’t be the powerful.

Which is rather the point.

Those big corporations aren’t going to give up using oil and making plastic and all that are they? Meanwhile, we are all worried if we find we have to buy a plastic bag.  Now don’t get me wrong, I’m not trying to say we all don’t have a role, but we have too much focus on small individual acts and not enough of what’s really going on behind the scenes. So our Lizzie says and right she is too.

Same with austerity… banks just adding a few noughts on their computers to lend themselves money at our cost, but can it be done to pay for the NHS? Or better, pay for care home staff? Or to give better benefits to disabled people. No, it cannot!

And what about that 18-year-gap between healthy life expectancy in the North West and better off parts? Meanwhile, they’re on about cutting taxes for the rich, like a return of old corn laws she says. Of course, I was new to all this till I met Lizzie.

Ah, there she was that day I first saw her, so feisty and lively arguing outside the supermarket.  You could fair see the commitment oozing out of her. She won that chap round I think. I couldn’t take my eyes off her. She can talk to anyone high or low in ways they understand and people trust her too. It was love at first sight – and hearing! My mother wasn’t too pleased.

“She’s been arrested! That’s not the sort of woman you want. You need someone who’ll be able to further your career, not worsen it, you fool! And never mind calling me old-fashioned, I’ve worked hard for you to get into that high falutin profession of yours, and I don’t want any blinking women’s lib… no, that’s the last thing I need.”

Mum has it hard now Dad’s died. He was quite young really. I do wonder if they had enough staff on that ward. We haven’t any children yet. I’m going to have to take it up with Lizzie, I think we should try IVF. I wish I could get her to take things easier.  It’s a pity but she’s right when she says women have to work twice as hard to be as good as a mediocre man.  Of course Lizzie could do better if she joined one of the major parties, but then she wouldn’t be Lizzie, she’s not going to change just to get power.

It does seem odd, well frankly unfair, that someone can get more votes than others but then the others get elected. What sort of representation is that? And what’s the point of having someone elected if they have to do what their leader tells them? I don’t understand all these complicated alternative voting systems like Lizzie does, but it seems common sense to me.

She’s started working on her Peterloo speech.  It was interesting watching that film.  All those people putting so much hope in having an MP. I wonder what they’d think looking at us now?

At least when Lizzie gets arrested it’s not as bad as back then. But I still worry, I mean people do still get injured on protests, don’t they?