A Mother Worries... by Sandy Parkinson 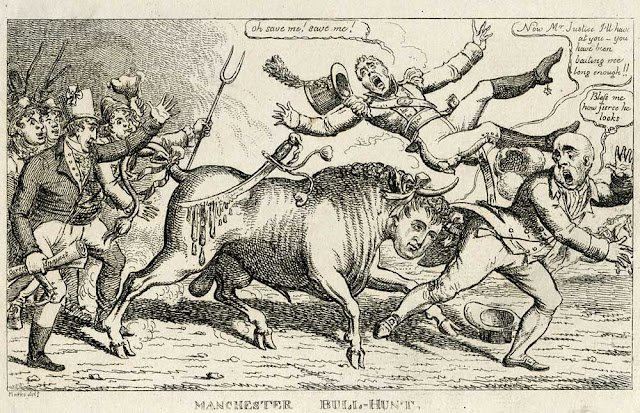 I don’t know what to think of our Mary. I can’t stand to see her running hither and yon, going to them there meetings and coming back all het up. There’s some round here thinks it’s not proper, a young woman setting herself up, speaking in public along of the men. I’m afeared she’ll get a bad name.

Not but what I don’t agree with some of what she says. It’s getting harder and harder to make ends meet. There’s nowt left at the end of the week and that’s with us all working, even our Joshua. He’s only ten, poor little lad and I don’t like to see him all tired and pale. Oh, I know young ‘uns has always done a bit, but when we had looms at home they’d come and go, work a whiles and play a whiles, help their Dad, have a laugh. It were easier then, for all of us.

Not that there weren’t plenty of work, mind. We’d work while there were daylight. But we could take a break, have a chat, with no overseer loomin’ up every five minutes. These new mills they’re puttin’ up in t’ valley, it’s twelve hours a day and more wi’ your nose to t’ grindstone. You can’t call your life your own. And for what? Next to nowt!  And bread’s so dear. That’s before you buy owt to put on it. I used to be proud of my work. I could turn out a nice piece of cloth. Nowadays all I can think of is when I can clock off, never mind the quality of the goods. It’s machine as makes the cloth, not me.

Our Mary’s up in arms about it. She says we’re no better off than slaves. Bosses gets all t’ profit and gives us nowt. Take that Prince Regent, she says, wastes more money in a week than we’ll see in a lifetime, what wi’ fighting them French and junketing around wi’ his fancy friends. It’s our money he’s spendin’, Mary says. She shouldn’t read them newspapers and pamphlets. It only gets her worked up. She’d be better stayin’at home wi’t’baby. You’d think her husband would stop her joinin’ these here societies, but he’s as bad as she is. He’s done a runner a few times, when t’ militia’s turned up.

I do worry. Take this thing she’s off at now. A big meeting in Manchester. Folk from all over. Some o’ them gentlemen as writes in t’ papers and pamphlets has come up to speak about reforming Parliament. What’s Parliament got to do wi’ the likes of us? Mary says that’s the point. Mrs Knight’s lad, John, is givin’ a speech. Fancy! Little Johnny, as I remember him. Mind you, he always had the gift o’ the gab.

Anyhow, they’ve all gone down town - t’ baby, too. A big procession from Oldham, wi’ music, banners, lasses in white and what not. It’s a fair walk. I couldn’t manage it, nowadays - gettin’on a bit!  They’ve been plannin’ and practisin’ for weeks, so’s they do everythin’ proper, like. Mary says they want folk to see we’re civilised people wi’ a just cause, not a rabble. Well, they’ve had a nice day for it. Not a cloud in the sky. I reckon they’ve done us proud.

Mind you, time’s gettin’ on.  Meetin’ were this morning. They should be home by now – sun’s goin’down. Happen they’ve stopped off wi’ some o’ their  friends from Oldham.

Well, now, here’s t’ minister comin’ down t’ brow, an’ Mrs Knight wi’ him. What do they want?  They look none too happy.

I wish Mary was home. It’ll be dark, soon.